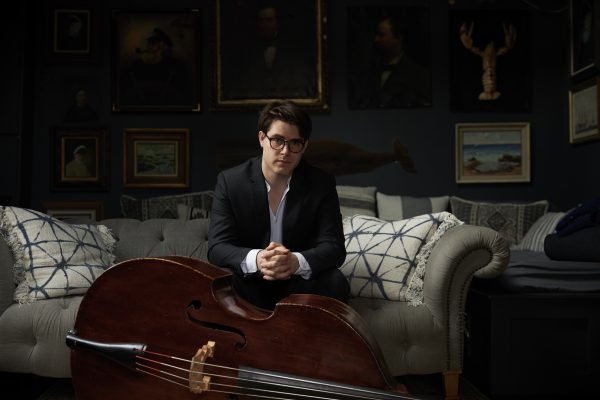 Applauded by The Strad for his “brilliant and compelling programming,” and by the Oregon Arts Watch for his “mind-boggling” performance of original compositions, Sam Suggs was the first double bassist in a generation to win the Concert Artists Guild solo competition and has received first prize at the International Society of Bassists 2015 Solo Competition as well as awards at the Bradetich Foundation 2017 International Solo Double Bass Competition.

As a collaborative bassist, he has performed at the Mostly Mozart Festival, Yellow Barn, Chamber Music Northwest, Carnegie Hall, the Kennedy Center, and alongside PUBLIQuartet, the Dover, Escher, Rolston, and Argus Quartets.

A native of Buffalo, Sam spends his time between the Northeast and the Shenandoah Valley performing with various chamber, crossover, and contemporary groups, and serving on the faculty of James Madison University and the Heifetz Institute.