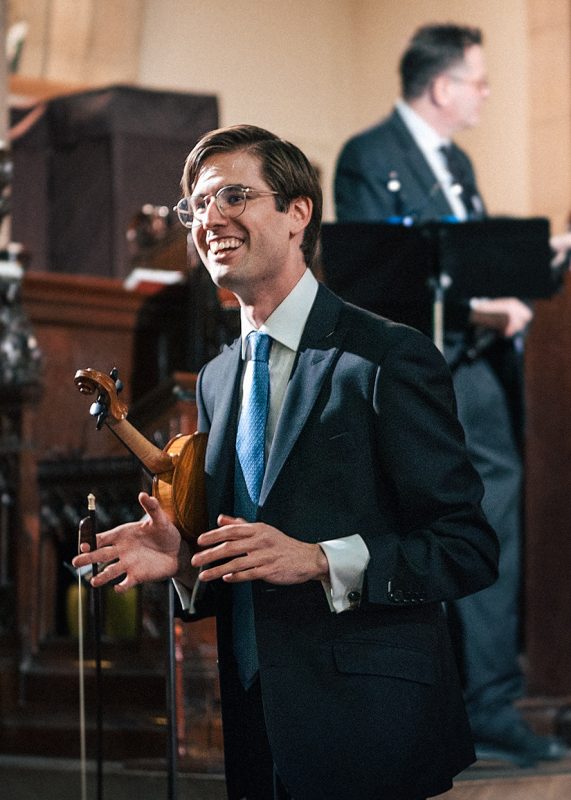 Jeremy Rhizor is a violinist, the artistic director of the Academy of Sacred Drama, and the publisher of the Academy Journal. Noted for playing “virtuosically but with fluid grace” by The New York Times, Mr. Rhizor specializes in the performance of Baroque-era sacred music. As a violinist, he performs the work of Bach and Handel with Trinity Baroque Orchestra, is regularly featured at Bach Vespers at Holy Trinity, and performs the work of classical and romantic masters with the American Classical Orchestra. He is the founder and director of the Academy of Sacred Drama – an artistic and intellectual community that uses historical insights and modern open licensing to explore the forgotten cultural treasures of sacred dramatic music. He has led the modern-day and American premieres of Baroque oratorios by Bassani, Draghi (at the Yale Institute of Sacred Music), Freschi, and Pasquini as well as rarely heard works by Stradella, Scarlatti, and Charpentier. Past seasons included a performance for the 40th Anniversary Celebration of Music Before 1800, a recital tour in Nova Scotia, and the Swedish premiere of Pasquini’s oratorio La sete di Christo. In recent summers, he has played orchestral music at the Lakes Area Music Festival in Brainerd, Minnesota.