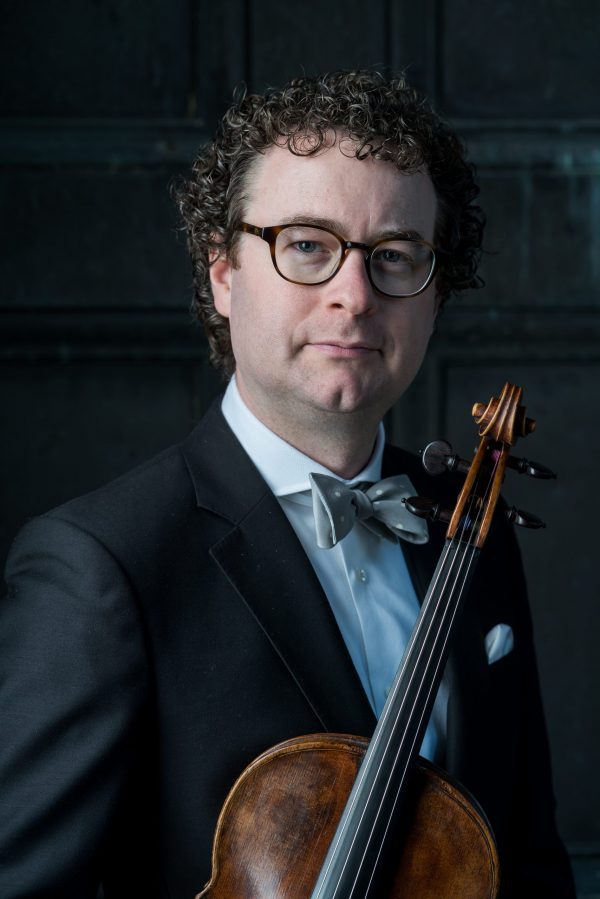 Violist Jason Fisher is a founding member of A Far Cry. A child of the Northwest, Jason grew up in Seattle and is a proud enthusiast of rainy days. Coming from a relatively non-musical family, he first picked up an instrument at age 11 in elementary school when the orchestra teacher told him they needed “somebody to play the viola.” Jason went on to study with Helen Callus, Victoria Chiang, Katherine Murdock, and Roger Tapping, and is a graduate of Peabody Conservatory, and the Longy School of Music.

A Carnegie Hall Fellow and a Peabody Singapore Fellow, he has toured Europe, Asia, Kazakhstan, and the Kyrgyz Republic and has given concerts at Vienna Musikverein, Singapore Esplanade, The Kennedy Center, and Carnegie Hall. Jason has performed with Pink Martini, Jake Shimabukuro, Itzakh Perlman, Yo-Yo Ma, Renée Fleming, Kiri Te Kanawa, and with members of the Florestan Trio, and the Æolus, Brentano, Cleveland, Emerson, Mendelssohn, and St. Lawrence String Quartets.

Principal violist of Boston Baroque, Jason plays period viola with The English Concert, Handel and Haydn Society, Seattle and Portland Baroque Orchestras, Byron Schenkman & Friends, and The Sarasa Ensemble. He has spent recent summers at the Staunton Music Festival, Oregon Bach Festival, Connecticut Early Music Festival, and the Aston Magna Music Festival. Jason performs frequently as a band member and contractor for musical theatre at the American Repertory Theater, including world-premiere productions of Crossing, The Great Comet, Jagged Little Pill, Moby-Dick, and the upcoming revival of 1776. He is on the chamber music faculty at The Rivers School Conservatory, and he performs on a viola by Richard Duke, London, 1768.