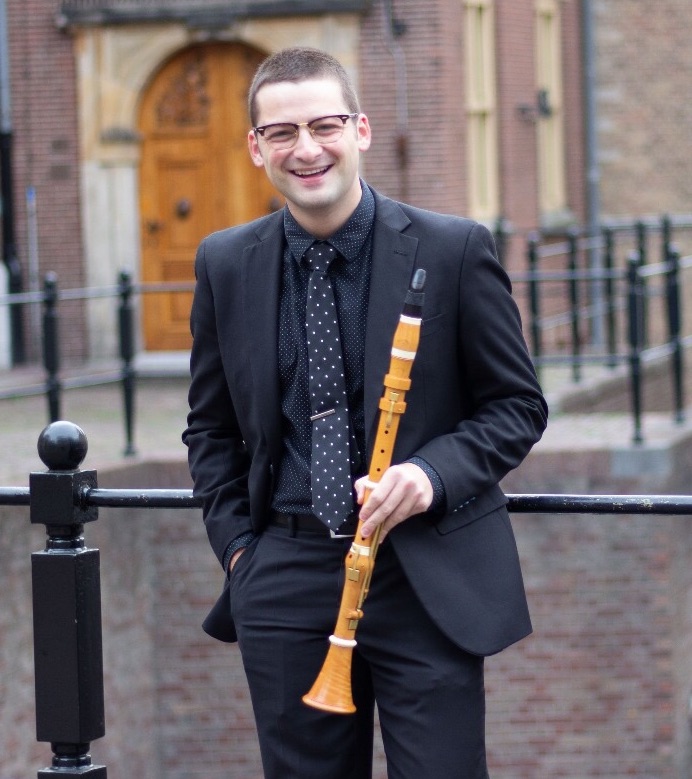 Historical clarinetist Dominic Giardino enjoys a varied professional life exploring the intersections of history and performance. Dominic was first introduced to historically informed performance through the lens of 19th-century band music with Newberry’s Victorian Cornet Band in 2013, and since then has performed with a variety of ensembles specializing in HIP in the U.S. and Europe, including the Arcadia Players (USA), Grand Harmonie (USA), Musica Coeli (AT), the Raleigh Camerata (USA), Capricornus Consort Basel (CH), and The Kingsbury Ensemble (USA).

Dominic has worked as a military interpreter and musician with The Colonial Williamsburg Foundation, where his research focused on military bands during the American War of Independence. He also served as the operations manager of Three Notch’d Road: The Virginia Baroque Ensemble. He is currently the executive director of the Tucson-based concert series, Arizona Early Music. Dominic earned his B.M. in clarinet performance at the Eastman School of Music where he studied with Ken Grant and Jon Manasse, and his M.M. in early music as a U.S. Fulbright Scholar in The Hague, studying with Eric Hoeprich.