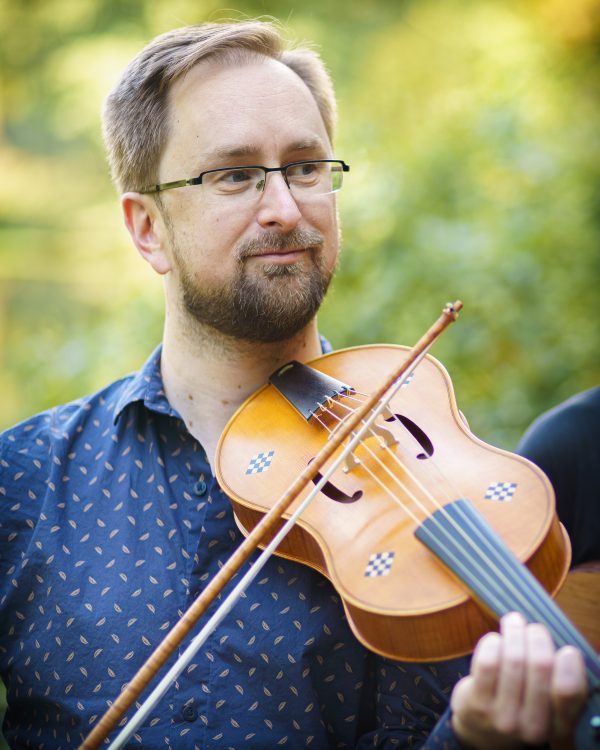 David McCormick performs regularly on both violin and viele. He is the executive director of Early Music America and is in demand as an educator and arts leader. David is the founding Artistic Director of Early Music Access Project (EMAP), a rotating group of musicians bringing a wide range of early music to Charlottesville, Virginia and surrounding communities. Through EMAP, he was awarded a 2020 Fellowship with the Robert H. Smith International Center for Jefferson Studies.

His degrees in music education and performance from Shenandoah University and Case Western Reserve University include specialized training in chamber music and historical performance. He is a 2017 recipient of Shenandoah Conservatory’s Rising Stars Alumni Award.