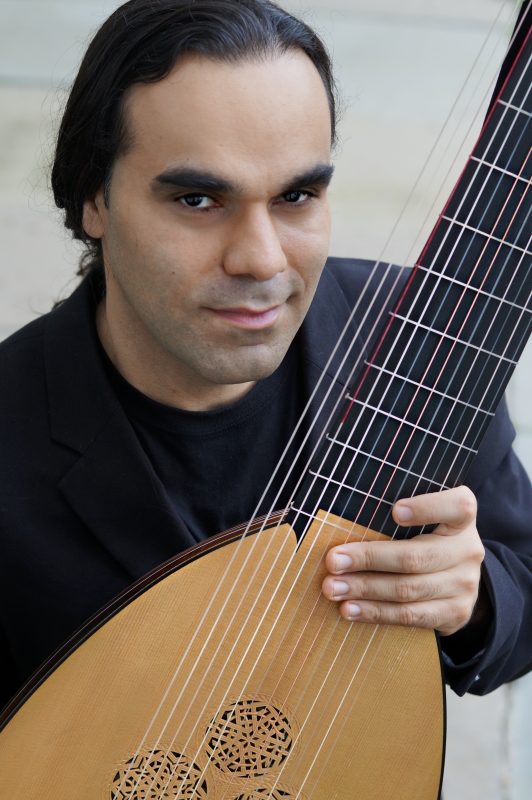 Referred to as “the compelling guitarist” (New York Times) lutenist and guitarist Arash Noori has performed throughout North America and Europe as both a recitalist and an accompanist. He has been a top-prize winner at several national and international competitions, including the Great Lakes International Festival and Competition and Guitare Montréal. Arash has appeared with Les Arts Florissants, Early Music New York, Orchestra of St. Luke’s, Piffaro, Three Notch’d Road, Repast Baroque, the Sebastians, ARTEK, the Western Wind, Bach Vespers at Trinity Lutheran and NOVUS NY of Trinity Wall Street, while performing regularly with Cantata Profana as a core-founding member of the group. Cantata Profana has gained much critical acclaim for their “intrepid and unexpected concerts” (The New Yorker) and the group was the recipient of Chamber Music America’s Award for Adventurous Programming in 2016. Highlights of the current season include performances at Wiener Staatsoper and Philharmonie de Paris with Les Arts Florissants, the Kennedy Center and Brooklyn Academy of Music with Opera Lafayette, and the Kimmel Center in Philadelphia with Piffaro. Arash is currently the Professor of Historical Plucked Strings at the University of North Texas, College of Music.